Pictures from the dinner at the Curdridge Reading Rooms,January 2018

Pictures from the dinner at the Curdridge Reading Rooms,January 2017

Pictures from the dinner at the Curdridge Reading Rooms,January 2016

Pictures from the dinner at the Curdridge Reading Rooms,January 2015

Pictures from the dinner at King's Restaurant, Botley, February 2013

Pictures from the dinner at The Wine Bar, Bishop's Waltham, January 2012

Pictures from the dinner at The Wine Bar, Bishop's Waltham, January 2011 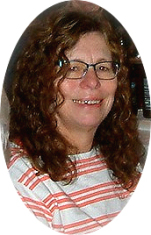 Our recent production of Curtain Up on Murder was dedicated to Maureen, a much loved and much missed member of CADG. Maureen was part of the very backbone of CADG. She understood that a successful drama group is not just about the actors; it is also about everything that goes on front of house and behind the scenes.

Maureen was a member of CADG for many years. She joined with her first husband Mike Edwards when they lived in Curdridge. Years later when Maureen re-married she and her new husband, Frank Pagnani worked together on many CADG productions.

Although Maureen was not a performer, she made a huge contribution to the group. She was an avid play reader and was very good at finding new plays for CADG to perform, including Curtain Up on Murder.

Maureen also had a real flare for all things technical and was responsible for the sound and lighting for many CADG productions. More recently Maureen took over and redesigned our website and made it a real showcase for CADG’s work.

She was also prepared to roll up her sleeves and get stuck into some of the less glamorous but absolutely necessary tasks without which there would be no CADG. Maureen was CADG secretary for many years and was later responsible for publicity. She also helped with set building, running the bar and with tickets. In short there was not a lot that Maureen didn’t do.

Maureen, we will miss you. 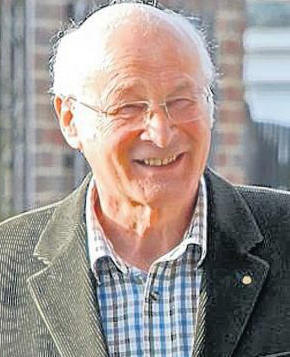 It was with great sadness we reported the death of Bev Smith in December 2011. Bev had been playing the role of Sarah the Cook in our Pantomime.

Geoff Appleby (Group Secretary) said "Bev was hugely popular in the group and a lovely character, intelligent, well-read and very well respected. It is not until someone is not there that you realise how many marvellous things you do miss about them."

Bev was born in Herefordshire and had been involved in the television industry throughout his career. He was also a popular member of Hamble Valley Rotary. We thanked all those who sent kind comments to members of the group.

Bev left his wife, Pat, three children and two grandchildren. It was to them that we extended our deepest and heartfelt sympathies.

Peggy Cousins, who died on the 14th September 2012, was our President and a founder member of Curdridge Amateur Drama Group. She was a long time resident of Curdridge and a teacher.

After a false start in 1967 when she got together with John Hogg, another Curdridge resident, to start the group, they finally got going in 1968 with their first production of ‘Yellow Sands’ by Eden Phillpotts. There will surely be local people who will still remember those times.There are certainly some present members of the group who were involved from very early on.

Over the years Peggy acted in and directed many of the twice yearly productions. She will particularly be remembered for her sensitive portrayal of Hester in the ‘Deep Blue Sea’ but she played many memorable parts. She was one of our best directors bringing authority (she was a teacher) and experience to the business of putting a play together. ‘The Rivals’, ‘The Owl and the Pussycat’ and ‘The Importance of Being Earnest’ will come to mind but there were many more. We will miss her quiet presence at our productions over more recent years, she never failed to put her head round the dressing room door to wish us luck and bring us a box of chocolates to sustain us during performances.

Thank you, Peggy, for your guidance, knowledge and encouragement and for all you have brought to the Group over many years.

You may remember Lynette Coombes from our Spring 2012 Production.  She is now living in Dorset and has auditioned for 'Hollyoaks' - a local Success Story!

We are sure there will be members of the group and our audiences who remember Marion Westbury and it is with great sadness we report that she passed away just before Christmas 2015.

Marion was very active in the group in the 1980’s, bringing her professional training at the Bristol Old Vic, both to her acting and to set design.

She was a charming, warm and very talented person and enlivened anything and everything she did

Promoting excellence and innovation in local theatre, and equality and diversity in the staging of our productions.